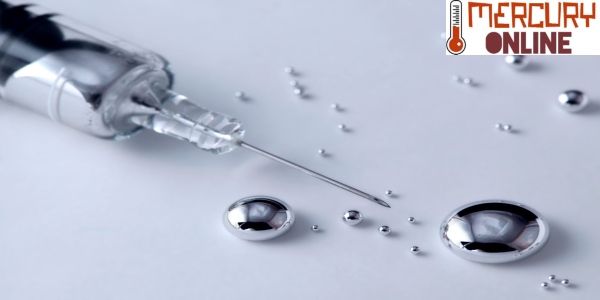 Any form of poisoning is not suitable for your body. It comes with many damages to the vital body organs such as kidney, liver and even the heart. The same case applies to mercury poisoning. It occurs if you are exposed to too much mercury through either the environment or diet. Mercury is a dense metal that is very toxic to human beings.

What is the most common way of mercury poisoning?

What are the symptoms of mercury poisoning?

Note that methylmercury is most famous for its neurological symptoms. According to the FDA, too much of it can cause depression, anxiety, memory loss, numbness, irritability, tremors, and shyness. Mostly, mercury poisoning increases over time. However, in case of any of these symptoms, it might be a sign of severe toxicity. You should call your doctor immediately if you suspect any symptoms of mercury poisoning.

Other symptoms might be a lack of coordination, vision changes, trouble walking, and hearing.

What are the causes of mercury poisoning?

If you are worried about exposure to mercury, you may want to limit your seafood intake especially the fish that are high on the food chain such as white tuna, walleye, and swordfish. Pregnant or breastfeeding women should try to avoid or restrict their fish intake as mercury in fish can pass to the fetus or infant.

Silver fillings or amalgam fillings contain 40-50%. However, currently, this method of dental fillings is not common nowadays because of safer and newer alternatives.  Old fillings can increase your risk of mercury poisoning. Some individuals might choose to replace their silver fillings to reduce their long-term exposure to mercury.

Read About Liquid Mercury For Sale

Medical practitioners mostly diagnose mercury poisoning via blood tests and physical exam. They may ask about any symptoms you are having as well as a general breakdown of your diet. They might also ask about the environment you live in including if you live or work near an industrial plan or any factories. If the specialist suspects mercury poisoning, he, or she conducts a urine or blood test to measure the mercury levels in the body.

Treatment mostly involves trying to eliminate any exposure to mercury. Medical practitioners will recommend that the patient stop consuming any seafood. If poisoning is environment related, doctors might recommend you change the setting to reduce exposure.  Note that treatment differs from one person to another and treatment is individual. There are severe cases of poisoning that might need chelation therapy – a method of removing mercury from the organs so your body can dispose of it. The drugs that specialists use in chelation therapy bind to mercury in the bloodstream and the body eliminates them via urine.

In some cases where there is a high chance of mercury exposure, you might use an antidote to prevent mercury poisoning.

Where to buy mercury

You can purchase mercury from us in various forms at an affordable price. We are the leading mercury shop online. We have been in this business for an extended period now, and we understand what you need as a mercury client. Our customer service is friendly as well. Contact us today and make your order.

Mercury is severely toxic to humans. Additionally, there is no standard cure for mercury and its best to avoid exposure to high amounts of mercury if you can. However, in case you notice any sign of mercury poisoning, consult your doctor immediately as mercury poisoning can have a long-lasting effect on you.